Absen Teams up with People’s Daily to Drive Digital China

Under the theme of “New Dynamics, New Development, New Achievements Empowered by Information”, the second Digital China Summit is scheduled to take place in Fuzhou city of Fujian province from May 6 to 8, 2019. People’s Daily at the Digital China Exhibition showcases its efforts and achievements in digitalization with LED support of two sets of Absenicon LED displays (C138 & C165) from Absen.

About Digital China Summit  Co-organized by the Cyberspace Administration of China, the National Development and Reform Commission, the Ministry of Industry and Information Technology and the Fujian provincial government, the Digital China Summit aims to serve as a platform for issuing China’s policies on informatization development, displaying achievements of e-government affairs and digital economy, for the exchange of theoretical and practical experience in building a digital China, for people at home and abroad to establish cooperation and contribute to the digital China construction.   The agenda mainly consists of seven parts including the opening ceremony, main forums, sub-forums, digital China exhibition, policy release, digital China innovation contest and the closing ceremony. Among them, the sub-forums are set up with 12 themes, namely, e-government affairs, digital economy, intelligent society, big data, industrial internet, digital Fujian, digital maritime silk road, IoT, digital ecology, digital health, satellite application and network technology.

According to Chinadaily, by the end of 2018, the scale of China’s digital economy has reached 31 trillion yuan ($4.6 trillion), accounting for one-third of the national GDP. “Digital” is driving China’s economic development forward and changing people’s negative views on “Made in China”.   As a leading global LED brand, Absen is a part of digital trend. Early in this year Absen has joined hands with Mitsubish, SAP and Foreverwin, invested millions of dollars to a MES program, to drive deeper digital transformation, improve manufacturing and management efficiency and reduce cost and carbon footprints.

As an article by PAUL MILLIGAN in the latest issue of InAVate magazine stated, “China is now producing products of comparable quality to the rest of the world, is rapidly growing a skilled workforce, and has become the major R&D and innovation hub”, which is obviously true.    Follow the link to read the article: http://www.inavateonthenet.net/features/article/china-moves-from-manufacturing-base-to-r-d-and-innovation-hub   Absen and Peolple’s Daily People’s Daily is China’s biggest newspaper group and is published worldwide with a circulation of 3 million. Following the digital trend, the media has made great efforts to modernize and digitalize. Now the state media boasts more than 10 types of media platforms covering newspaper, internet, mobile ends and displays etc.

In January 2019 Absen has entered strategic cooperation with Peopledigital, which was funded by People’s Daily in 2009. As early as in 2017, Absen has installed a number of LED displays for Peopledigital in 10+ nationwide universities, which was part of their “Display Media Project” in digitalization.   Since then Absen and People’s Daily has deepened cooperation and the relationship becomes stronger. Most recently in Boao Forum for Asia taking place from March 26 to 29, an custom Absen LED screen was leveraged in their studio to broadcast the event. Click here to learn more.

Absenicon at Boao Forum for Asia 2019

Absenicon At the digital China exhibition that covers 60,000 square meters, influential media like People’s Daily, Xinhua News and Guangming Daily, together with other enterprises from sectors such as big data exhibit their latest achievement in digitalization. At People’s Daily’s booth E08 in Hall 10, two Absenicon screens are mounted on the walls for playing images and videos to present their efforts and achievements that the media has made.

Two displays captured the attention of the other exhibitors before the exhibition began due to its stunning visual performance. High level of brightness, contrast ratio and color richness enhances the impact of the content.

Absenicon is an all-in-one display solution specially designed for meeting rooms and any event spaces of different sizes. Currently there are 5 different standard sizes ranging from 110″ to 220″ including 4K compatibility. This product is able to create the ultimate experience for the users and handle the other indoor applications. 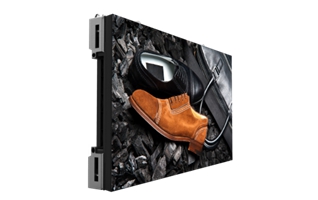 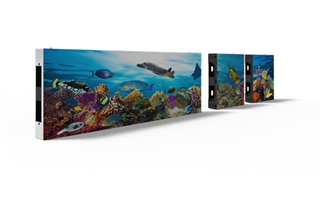 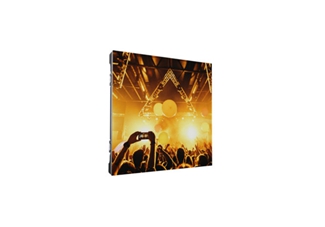